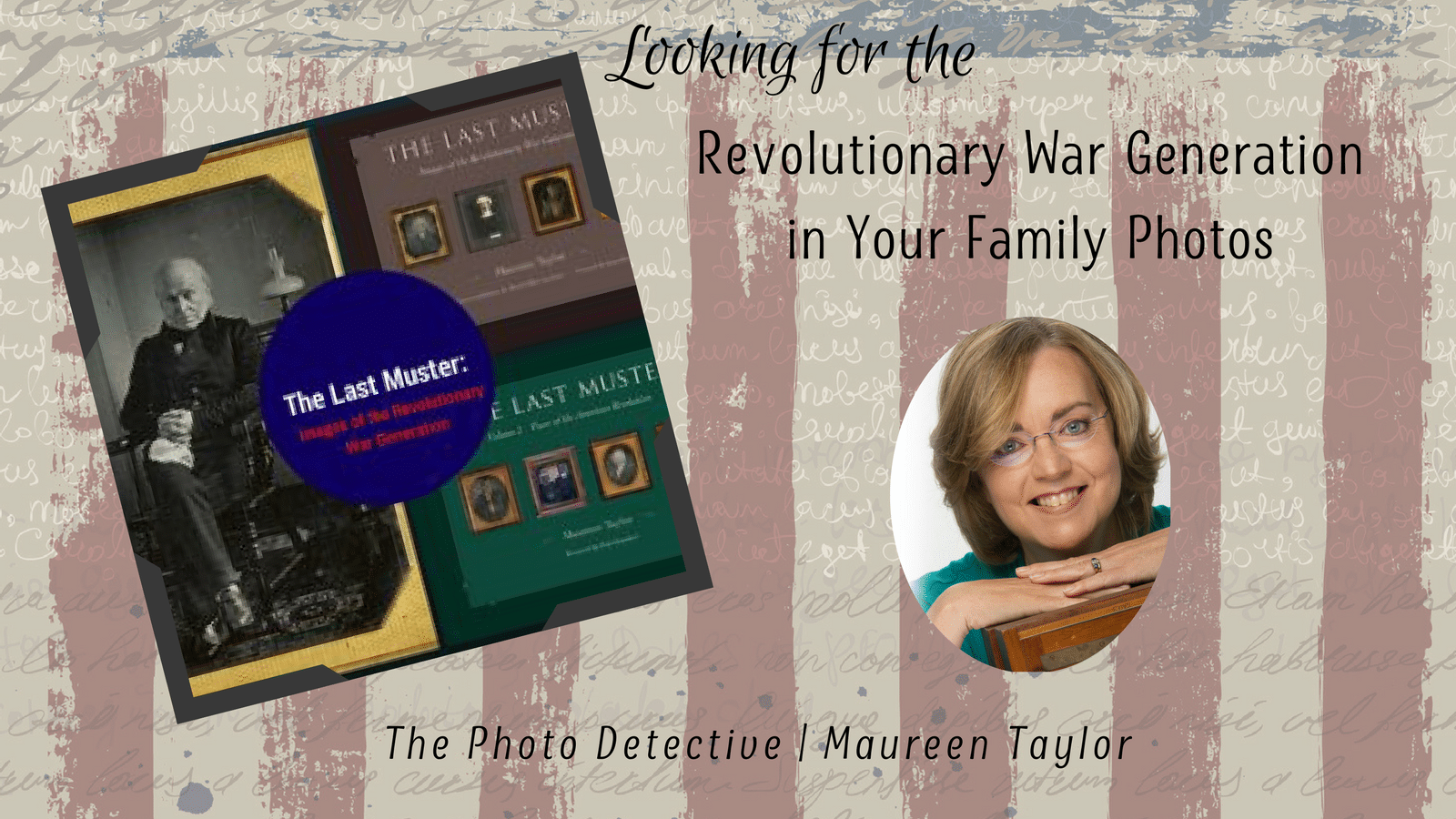 For more than a dozen years I’ve been on a quest to find all known photographs of the individuals who witnessed the American Revolution first-hand.  There are two volumes of photographs in print and a third in the works of people who lived during the Revolutionary War period and into the age of photography after 1840.

Are the people in your family pictures old enough to be part of the Revolutionary War generation?

It’s not unlikely.  Many of the images in my Last Muster series of books, have come from private family collections. Do you have a picture of someone who fits the following categories?

Patriots, soldiers and loyalist adults: Anyone who was an adult during the American Revolution would have been at least 80 years old by the advent of photography. Several veterans appeared in Reverend Elias Hillard ‘s Last Men of the Revolution in the 1860s, but thousands of men applied for pensions after the War.

Children: Anyone who was a child during the American Revolution would have been in his late 50s or older when they had their picture taken beginning in the 1840s.

Wives and widows: The last surviving widow of a Revolutionary soldier died in 1906! Esther Sumner married Noah Damon when she was 21 and he was 75. Finding pictures of wives and widows means looking at pictures taken anywhere from 1840 to the early 1900s.

If you think you do, please contact me at photodetective@maureentaylor.com

I have put together a free download of 5 Revolutionary War-Related Activities that you can explore. Click the button below to get your copy.

You can buy your copy of The Last Muster books by clicking here.