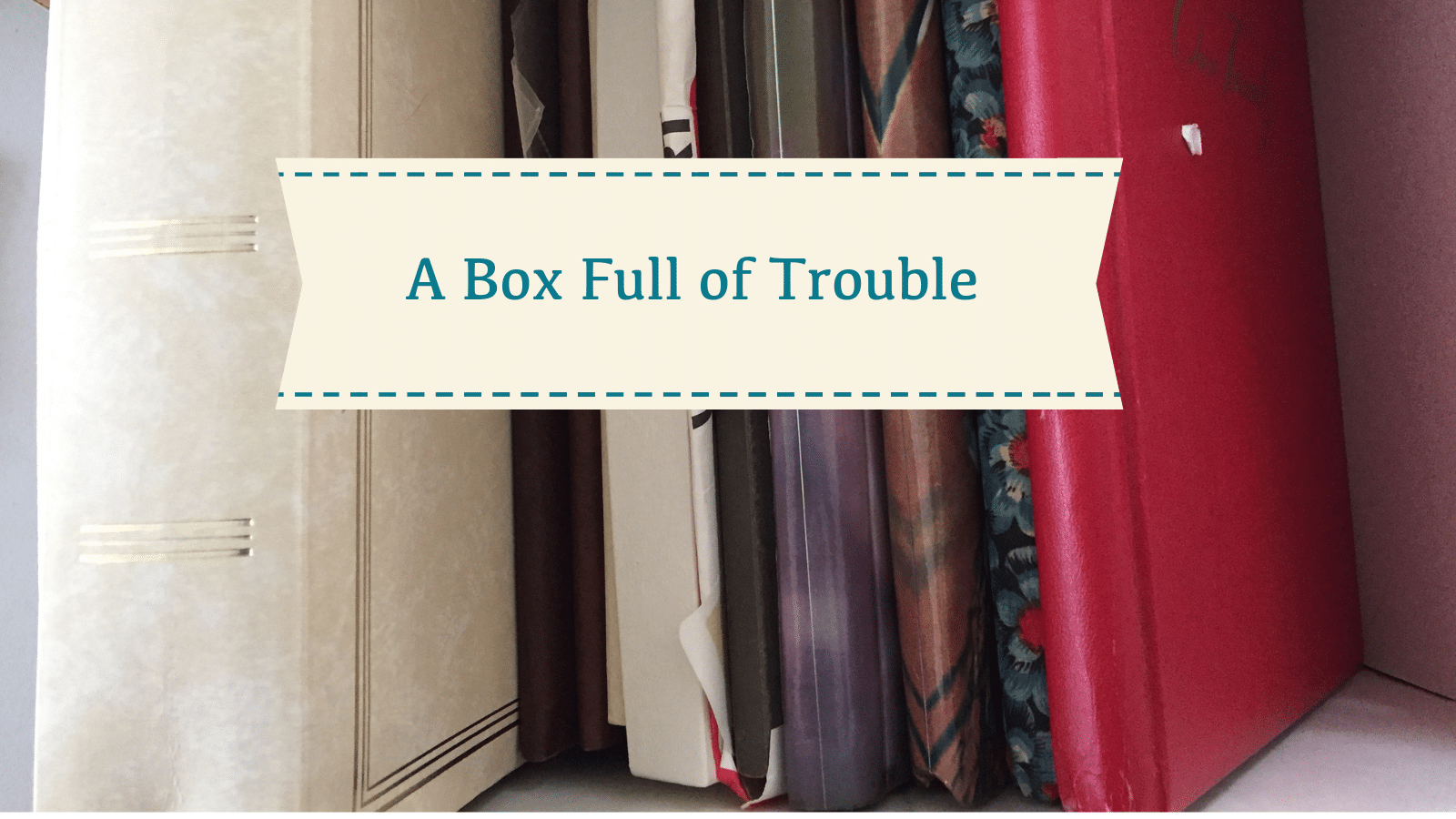 In the late 1970s, my mother decided to organize her pictures. It was way before acid and lignin free materials were readily available. In fact, product advertising was often misleading.

She decided it would make a nice present for her children if she placed some of our pictures in albums.  She chose the low-cost and popular magnetic albums.  We now know that these albums with their sticky pages and poor quality plastics destroy pictures. Back in the day, we thought we were saving them.

I found our albums in a box.  My sister just celebrated a significant birthday and I thought a photo gift would be perfect. I took out the album and immediately cringed. I’d forgotten about them. They were all stored in an archival quality box.

I opened a page and found that the glue was so old the photos were falling out. That was actually good news. It saved me from having to use unwaxed dental floss. One removal technique involves sliding the floss between the image and the glue. It doesn’t always work but it is safest.

Since photo albums tell a story, I wondered what my Mom had in mind when she laid them out. Instead of reordering the images, I scanned each one then placed them in an acid and lignin free album.  I couldn’t find an album exactly the same shape and size. I photographed the original layout then maintained the order of the images in the new album.

My sister was surprised by her present. My Mom laughed to see what she had chosen as “special” pictures.

The images were in order placed there with intent and purpose. The same is often true with our ancestors’ photo albums. The details of the arrangement may be unclear to us today.

The ONLY albums that should be taken apart are those magnetic albums so common in the 1960s on.  The rest can be placed in unbleached muslin fabric and stored in an acid and lignin free box.

Rules for dealing with photo albums old and new are the same.

The order of the images is your first identification clue. The person in the number one spot is the most important person to the creator of the album.  They’ve chosen that picture amongst all the others so that they’ll be able to look at it when they open the book.

Next in placement are people usually related to the creator and the first person.

After the first few pages, the order may be jumbled. The relationships unclear. Only through studying all the clues in the photos will you discover if they were placed there for a reason.

Would you love to know more about identifying and interpreting your family photographs?  You can do it. My course Identifying Family Photographs will help you.  Really.  There are nine lessons, resource booklets, and access to a private Facebook page where you can ask me questions.

Here’s what students have to say:

I found it helpful to pull the bits and pieces of my knowledge together with new information.
Considering that I already had your books and have sat through sessions on the topic in the past, I found it refreshing to review everything. Doing the consultation after helped me reenforce my thought process was on the right track. –Mark Andrew Davis

I hope to see you there!